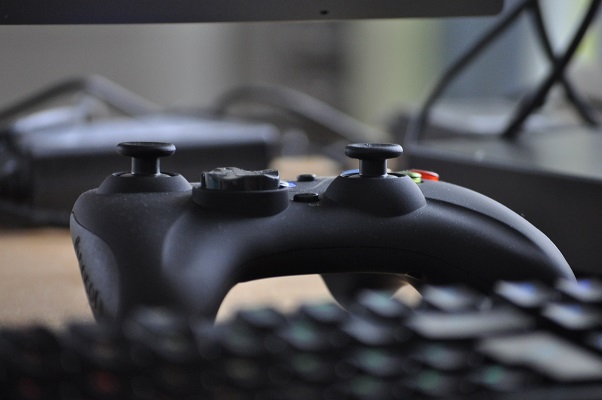 The vibrant Leamington Spa Games Hub in Warwickshire is set to create 500 new game development jobs over the next two years, opening up huge opportunities for young people and graduates in the Midlands region and beyond.

Research carried out amongst local video games companies within the Leamington Spa area comes as the town looks to host the second Interactive Futures conference & expo (https://interactive-futures.com) – a celebration of the talent and culture within the area.

The figures regarding the significant job opportunities within the area also comes on the back of the publication of video games industry trade body Ukie’s Regional Impact Report (https://ukie.org.uk/regional-economic-report), which has revealed Leamington Spa as one of the largest games hubs within the UK games ecosystem.

The highly-anticipated report takes a look at where the UK games industry clusters are centred, highlighting the growth of individual regions, the jobs that have been created and the impact those areas have had on the country’s games output.

It lists eight towns and cities in the UK where the games industry generates over £60m in GVA – they are Leamington Spa, Edinburgh, Newcastle Upon Tyne, Crawley & Horsham, Manchester, Guildford, Slough & Heathrow and London.

Leamington Spa’s status on the national and international game development scene is being celebrated at the Interactive Futures conference and expo this Friday (January 31) and Saturday (February 1), with locally-based studios SEGA HARDlight, NaturalMotion, Playground Games, Sumo Digital and Mediatonic among the exhibitors at the Royal Spa Centre in Newbold Terrace.

The organisers of Interactive Futures conducted a poll of the leading local games development studios to help understand the careers and employment opportunities that will emerge over the next two years.

The findings have revealed that around 500 jobs will be created within the hub over the next two years.

In terms of jobs types, the top five roles being sought are:

However, the range of careers on offer extends beyond technical and creative disciplines and into worlds of marketing, HR, administration, community support and more. And the Interactive Futures conference programme on careers within games will highlight the multitude of options available to the students, young people, children – and their parents – attending the event.

Sarah Windrum, chair of the CWLEP Digital Creative Business Group and board director at the CWLEP, said: “Leamington Spa is representative of the ‘roots’ of the UK video games community, an industry that contributes around £2.8 billion in GVA to the UK economy. The region boasts some of the ‘godfathers’ of the global games sector and it is testament to the talent and creativity of the area that we are continuing to attract businesses to the region –all keen to benefit from the buzz that Leamington Spa’s games circle has to offer.

“It’s rare to hear of such a flurry of new job opportunities in one place, so the news that here in Leamington Spa we’ll have up to 500 new vacancies is great for the region and the local community.”

Interactive Futures will provide a showcase for the area’s local games studios whilst its conference programme will explore key themes within the games industry, and shine a light on those job opportunities available within the sector.

A panel session ‘How Leamington Spa became one of the biggest games hubs – and what the future holds’ will see local studio execs take a look back – and forwards – on the spectacular growth of the region’s games business. The ‘godfathers’ of the Leamington Spa games hub David Darling (Kwalee & co-founder of Codemasters) and Andrew Oliver (Game Dragons and co-founder of the Blitz Games) will be joined by senior execs from more recent additions to the region including Ubisoft and Sumo Digital.

With the first day of Interactive Futures taking place on Friday, Brexit – and the challenges and opportunities it will bring the games industry – will be a key area of debate.

Diversity & Inclusion is a major challenge facing the UK games industry and, with Ukie about to announce the results of its Diversity Census, Interactive Futures will feature a dedicated panel session, chaired by Women in Games’ CEO Marie-Claire Isaaman.

A Fireside Chat with games industry legends John and Brenda Romero of Romero Games will give an insight into how they have found a community and games hub of their own in Galway, Ireland – and what they can share about the benefits these games clusters can bring.

And Ukie will also be hosting its first Hub Crawl event of the year, with sessions from Gavin Smith (Barclays), Tim Davies (Sheridans) and Natalie Griffiths (Identity Spark).

In addition, an Indie Investor Pitch will take place on Friday afternoon, giving indies the opportunity to connect with investors and advisors via hosted ‘match-made’ meetings.

The day will conclude with networking drinks, which will feature Leamington Spa-themed cocktails, courtesy of the Jägermeister bar.

Saturday will see Interactive Futures turn its attention to careers and young people. It will open its doors to consumers who are looking to discover the latest games created in the region as well as learn from those working locally about how to get a career in games. Delegates will be able to get hands on too in a series of practical workshops.

Interactive Futures is being funded by the Coventry and Warwickshire Local Enterprise Partnership (CWLEP), Warwickshire County Council and Warwick District Council alongside support of local industry.