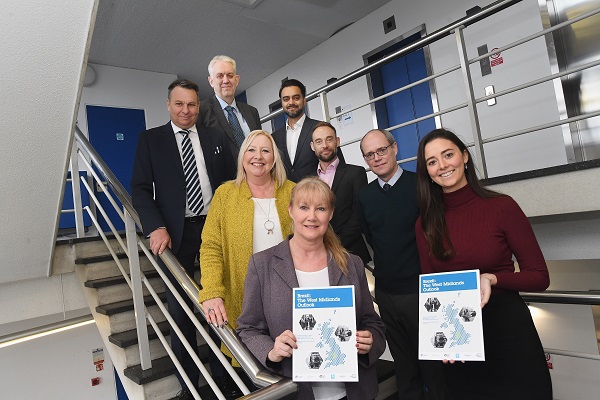 Advanced manufacturing and engineering is the most prepared sector in Coventry and Warwickshire for the UK leaving the European Union, according to a major survey carried out in the West Midlands.

A total of 17,406 businesses were contacted as part of a huge six-week telemarketing campaign carried out by the region’s Growth Hubs which is the biggest ever survey carried out among the business community.

The Coventry and Warwickshire Local Enterprise Partnership (CWLEP) Growth Hub was appointed by the Government to lead the work in the region to find out about businesses’ interactions with EU countries and their Brexit preparations on behalf of the West Midlands Growth Hubs cluster which included the Black Country, Stoke-on-Trent and Staffordshire, Greater Birmingham and Solihull, Worcestershire and The Marches.

A detailed analysis of the results has revealed 1,001 companies responded to the survey in Coventry and Warwickshire alone with 62.9 per cent of firms reporting they had taken the time to consider the potential impact of Brexit on their business.

The survey highlighted that 70.2 per cent of Coventry and Warwickshire’s advanced manufacturing and engineering companies were aware of the guidance from HMRC on preparing for Brexit.

Accommodation and food service had a much lower rate of businesses preparing for Brexit (51.2 per cent) compared to the average across all sectors (62.9 per cent).

A total of 208 businesses (84.6 per cent) of businesses who trade with EU countries have spent time considering the impact of Brexit compared to 62.9 per cent among all businesses.

And 187 (76 per cent) of businesses who trade with EU countries have mapped their supplier and customer base and considered how changes in the UK/EU relationship could affect them compared to 42.4 per cent when looking at all businesses.

Craig Humphrey, managing director of the CWLEP Growth Hub, said the campaign had been the largest business intelligence gathering survey ever carried out in the West Midlands.

“The level of reach was unprecedented and underlined the value of a cohesive approach with all the West Midlands Growth Hubs working extremely well together, as well as highlighting the importance of the work we do across our Growth Hubs,” he said.

“The number of businesses to have responded was remarkable and 40 per cent asked for further support from the Growth Hubs moving forward which we now need to action to help businesses be resilient for when the UK leaves the EU.

“One of the key insights from the report in this area showed there is a clear correlation between those who trade with EU countries and those who have taken time to prepare for Brexit.

“In Coventry and Warwickshire, the survey showed the sector with the greatest preparedness is advanced manufacturing and engineering.

“That wasn’t too surprising because of the high concentration of businesses in this field in our area and it is indicative of the pressures that Brexit is predicted to have on this sector.

“The Growth Hubs are here to help businesses in all industries prepare for life post-Brexit and this report has given us the valuable research we need to provide the support which businesses need.”

He added that it was vital that the data that had been collected was now acted upon for businesses to be as prepared as possible during the transition period ahead of the UK leaving the EU at the end of 2020.

Humphrey added: “We have found real value in collaborating with all the Growth Hubs in the West Midlands and feel that it has brought us closer together as a region.

“Through our Growth Hub account managers, we will be contacting the businesses who requested further support to ensure we help to provide the conditions for cohesion, sustainability and growth in a post-Brexit world.”