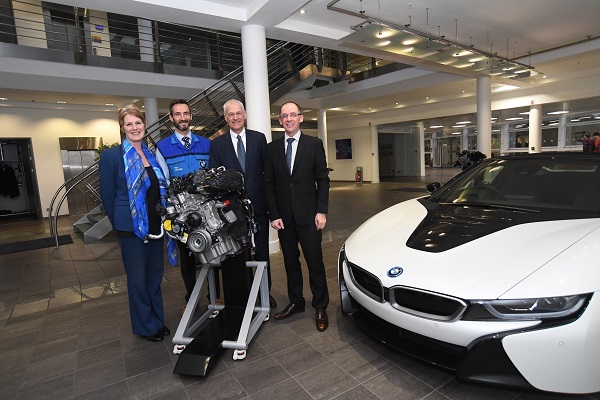 Apprentices will be part of the driving force for future growth in the West Midlands region, a business event held in North Warwickshire has heard.

The event heard from Jonathan Browning, chairman of the Coventry and Warwickshire Local Enterprise Partnership; Jose Lopes, of the West Midlands Combined Authority; and Daria Luchinskaya, of the University of Warwick.

Browning told the audience of gathered business people that a shortage of skills is a barrier to growth.

“It used to be a case of having great assets but, to be honest, our performance did not match them. We are now performing better on every level but we need to keep driving up productivity.

“A degree of that is down to skills and that is an on-going challenge we have to tackle.”

Lopes added: “There is a mismatch between the skills of the population and the needs of employers, so have work to do on upskilling.

“Youth unemployment is part of the challenge and we are seeing a lot of 18 to 24-year-olds who are out of work for less than 12 months. So they are not long-term unemployed, they are drifting in and out of the workforce.

“Apprenticeships is one of the key drivers of supporting young people into good jobs and, through the apprenticeship levy, we can take money from the larger employers and transfer it to SMEs who want an apprentice.”

The event took place at BMW Group’s engine manufacturing plant at Hams Hall and heard from Paul Collins, who had been an apprentice himself with the company and is now head of quality management and projects for the company.

He told the audience that among the 1,000 plus jobs directly supported by the plant, they already employed 44 apprentices –and would be recruiting a further 14 this year, with open evenings on February 20 and February 25 for parents and school pupils in Years 11 to 13.

Louise Bennett, chief executive of the Coventry and Warwickshire Chamber of Commerce, said: “It is great to see that BMW is investing in our region and investing in young people to grow its workforce.

“The plant is a major employer in the north of our patch and is another example of the importance of the automotive sector to our region.

“Apprenticeships are a very important part of the mix in tackling the skills gap and my advice to businesses would be to speak to their local provider of apprenticeships to make sure they are employer-led and work for what they need in their business.”