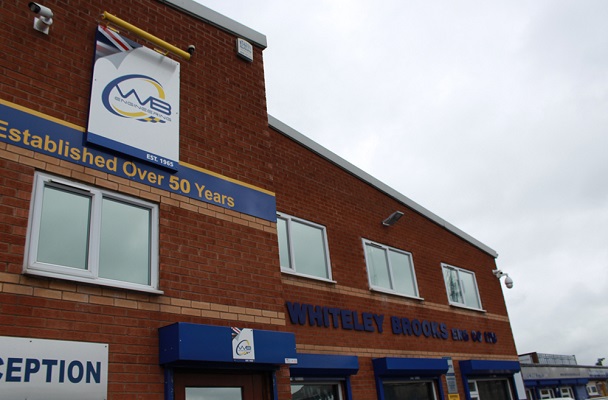 A Coventry business has been working with one of the world’s most iconic motorsport companies as part of the Ventilator Challenge UK Project.

Its high-profile within the industry led to McLaren Racing asking the business to work alongside them on the programme to provide ventilators for the NHS during Covid-19 – on the same day the Coventry and Warwickshire Local Enterprise Partnership (CWLEP) Growth Hub asked them to get involved.

Jat Purewal, a director at Whiteley Brooks Engineering, said it had been an opportunity to highlight the diversification abilities of their 35-strong staff as well as the adaptability of their machinery.

He said: “We have been involved in motorsport for over 40 years and we have built great relationships with teams involved in the industry.

“The Growth Hub is always ringing and emailing to check how we are getting on during the Coronavirus and mentioned the Ventilator Challenge UK project and so did McLaren Racing, which was part of a consortium to accelerate production of medical ventilators, because of our strong business reputation.

“We were more than happy to take part because we have such large capacity at our premises in terms of machinery and it felt like we were doing something for the greater good.

“This was 100 per cent the right decision having had an opportunity to help in this terrible time.

“It was quite a long process providing the quotes and sourcing the materials because we needed large quantities. Eirinn Turner, another director, worked day and night to ensure our manufacturing facility was used at an optimum.

“We were able to provide considerable quantities of parts and our staff worked all available hours including nights and weekends to fulfil the order.

“It was good to have been part of the Ventilator Challenge UK project and to use our machines and knowledge to help other people while they are seriously ill in hospitals.”

Jat said the ongoing support of the CWLEP Growth Hub was valued particularly during Covid-19.

He added: “As a business it is good to know that other companies are involved in a similar situation because we have all never been in this position before.

“This is completely different to the recession of 2010 and having the support of the Growth Hub is reassuring since we are in unchartered territory.”

Justine Chadwick, account manager at the CWLEP Growth Hub, said Whiteley Brooks Engineering has a proven track record in various sectors and had emphasised its diversity in recent weeks.

She said: “Whiteley Brooks Engineering was ideally positioned to join McLaren Racing and others in the Ventilator Challenge UK project because of its experience in providing precision machined components in the medical industry.

“It says a great deal about their reputation that they became involved in such a great initiative”.

“The team stepped up to the challenge to fulfil the order and it is great that another business in Coventry and Warwickshire has been part of the overall effort to help the NHS during the Coronavirus pandemic.”