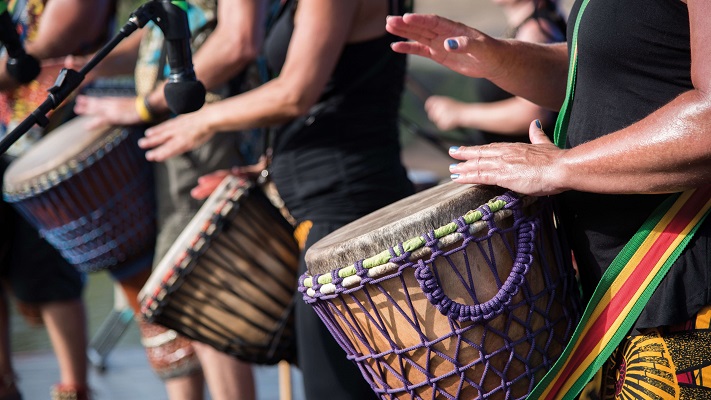 The second annual Coventry Welcomes festival will be broadcast online when it returns next week (June 15-20) to celebrate Refugee Week.

The free festival will be available to view on the Coventry Welcomes website and social media channels as it aims to bring Coventry together to celebrate its status as a city of sanctuary that welcomes people from around the world.

Ahead of Refugee Week in 2019 – a UK-wide festival celebrating the contributions, creativity and resilience of refugees – Coventry was revealed as one of the most welcoming places in the UK for refugees from the Syrian conflict.

The theme for this year’s Coventry Welcomes’ digital programme is ‘Imagine’ – in association with the National Refugee Week theme – which will be explored through a wide variety of performances and interactive workshops for all ages and interests.

The festival is supported by the Coventry City of Culture Trust and will broadcast over 20 digital events produced by a variety of organisations and individuals across the city.

As well as watching performances from spoken word artists inspired by the theme, people tuning in will also get the opportunity to take part in poetry workshops run by Positive Images Festival, art and poetry workshops led by FWT Group, and a chance to listen to the launch of the CARAG’s (Coventry Asylum and Refugee Action Group) brand new Still We Rise Podcast, providing insight on the experience of living on £5.39 a day.

Stand Up and Be Counted Theatre Company, the UK’s first theatre company of sanctuary, will broadcast its ‘Song of Sanctuary’ film, its ‘Creative Skills for Work & Wellbeing’ video, and a live discussion with key practitioners sharing thoughts on how performance can be used to engage and support those seeking sanctuary, locally and nationally.

Belgrade Theatre will also be bringing a number of projects to Coventry Welcomes, including ‘Translated:Imagine’ with the Asylum, Migration and Integration Fund (AMIF) and CRMC. Other recurring events will take place, run by Coventry City Council’s Migration Team, St Francis Employability, and many other organisations.

The online events will end on Saturday June 20 with an artist showcase held by Coventry Welcomes and Positive Images Festival. Landry Afferton and Ian Andrews, two of the artists, will showcase a pre-recorded spoken word event across social media platforms.

DR. Seyedeh Naseriniaki, Exec Director of Chrysalis Craft Coventry CIC member of the CW committee, said: “We are excited to share our first online programme this year, which has been made possible through a city-wide effort from the artistic community to adapt and innovate during unprecedented times.

“The theme for this year is ‘Imagine’, and we are so grateful to our partners for helping to produce a quality digital programme that will allow the audience and participants an insight into the issues facing the refugee and migrant community, while celebrating the great achievements made by the community in our city.

“As Coventry is UK City of Culture 2021, we aim to continue working alongside the refugee and migrant community to ensure that everyone feels welcome and valued in the city they call home.”