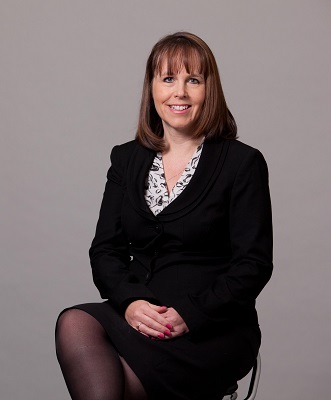 The way Coventry and Warwickshire has used partnerships between the private and public sectors to help it become one of the most successful regions in the UK will be highlighted at a major event next month.

Coventry and Warwickshire is the fastest growing economic area outside London and the largest exporting area away from the capital.

The Coventry and Warwickshire Local Enterprise Partnership (CWLEP), which has won national acclaim for its track record, saw 53 foreign investment made in 2017/18, creating 3,621 jobs which equates to 62 new jobs per 10,000 working age residents – double the London average and six times higher than other UK regions.

The LEP is one of many organisations which now span city and county, and the way that level of partnership has helped drive the economy will be explained to an international audience at MIPIM, the world’s largest property development and investment show in March.

Representatives from five private and public sector organisations will highlight the increased degree of co-operation which has mushroomed in the last five years.

Sarah Perry, Managing Partner of leading Midlands law firm Wright Hassall, believes the increasing role of the private sector in the region and a more progressive approach from local authorities has allowed Coventry and Warwickshire to make the most of positive economic conditions.

She said: “There is no question in my mind that Coventry and Warwickshire is more joined-up than it has ever been and that has made a telling difference. Every region will claim it works in partnership, but we have very firm evidence of how parties are working to try and achieve the same aims.

“In terms of political landscape Coventry and Warwickshire are not aligned but – partly due to the increased role of the private sector – they have largely put that aside to ensure they are very much working for the good of the region.

“The CWLEP, which is a partnership of private and public sectors but with a private sector chair, has played a large part in that and as a leading business in the area we can see the difference it has made.

“A company looking to invest into our region, really does not care about civic and political boundaries, they are looking for a positive and coherent approach that is geared to help the economy succeed and I believe we have achieved that.

“Coventry University and the University of Warwick are working closer together than ever before and all that adds up to a potent combination which has certainly allowed the area to make the most of the positive economic conditions.”

Perry will be joined on the panel at the MIPIM event by Les Ratcliffe, who chairs the Coventry & Warwickshire Place Board which helps promote the area, Director of Regional Strategy & Partnerships at University of Warwick Kate Hughes, Anthony McCourt, founder of Court Collaboration, and Martin Yardley, Coventry City Council and CWLEP.

Ratcliffe said: “We have the highest level of collaboration at any time in recent years and that has not only allowed us to perform well, it has also given the area a much stronger national profile which all adds into the positive mix.

“It also gives consistency of our offer to inward investors. We have to be an area which is easy to do business with, and in recent years we have established that reputation.”

The Coventry and Warwickshire MIPIM Partnership – made up of companies and organisations in a range of property-related sectors – is attending MIPIM as part of the UK Midlands presence.