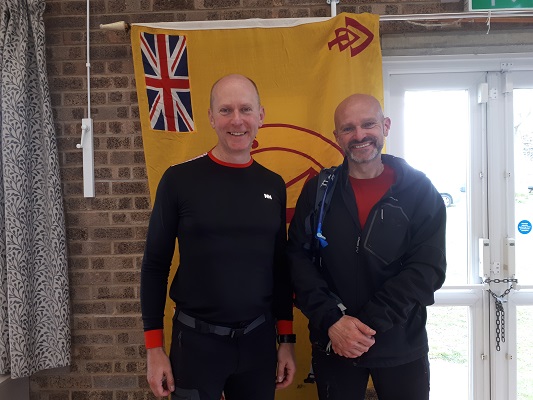 A member of Coventry City Council’s senior management team is doubling down on a fundraising target as he prepares for a 24-hour double-marathon challenge.

Martin Yardley, Deputy Chief Executive (Place) at Coventry City Council, will embark on his second ultra-marathon challenge in as many years to raise money for blood cancer charity Cure Leukaemia.

He will once again be joined by Clive Read, partner at law firm Veale Wasbrough Vizards, as they look to smash their initial fundraising goal of £1,000 by collecting £2,000 in donations for Care Leukaemia.

The duo will set off for the Heineken Race to the Tower, which covers a gruelling 52-mile route from Gloucestershire to Worcestershire, two years after completing the 100km Race to the Stones from the Chilterns to the North Wessex Downs.

The non-stop, through-the-night walk from Stroud to Broadway Tower features a staggering 7,500 feet of ascent as fundraisers make their way through the picturesque but rolling hills of the Cotswolds.

Cure Leukaemia provides clinical trials and a network of specialist research nurses across the UK, and funds raised by Martin and Clive will directly help to save lives and support the charity’s goal of eradicating all forms of blood cancer within 25 years.

Martin, who is also Chief Executive of the Coventry and Warwickshire Local Enterprise Partnership, said: “With one ultra-marathon under our belts from a couple of years ago, and after seeing first-hand the fantastic work that Cure Leukaemia does, we decided it was time to take on another challenge and see how much we could raise.

“We’ve already received an immense showing of support from our friends, colleagues and members of the public with donations now over £1,000, and we are looking to double that by the time we reach the finish line.

“It is an incredible cause, and we want to keep on doing what we can to support it. It won’t be easy, but knowing the ways in which any money we raise will be used by Cure Leukaemia will be more than enough to spur us on.”