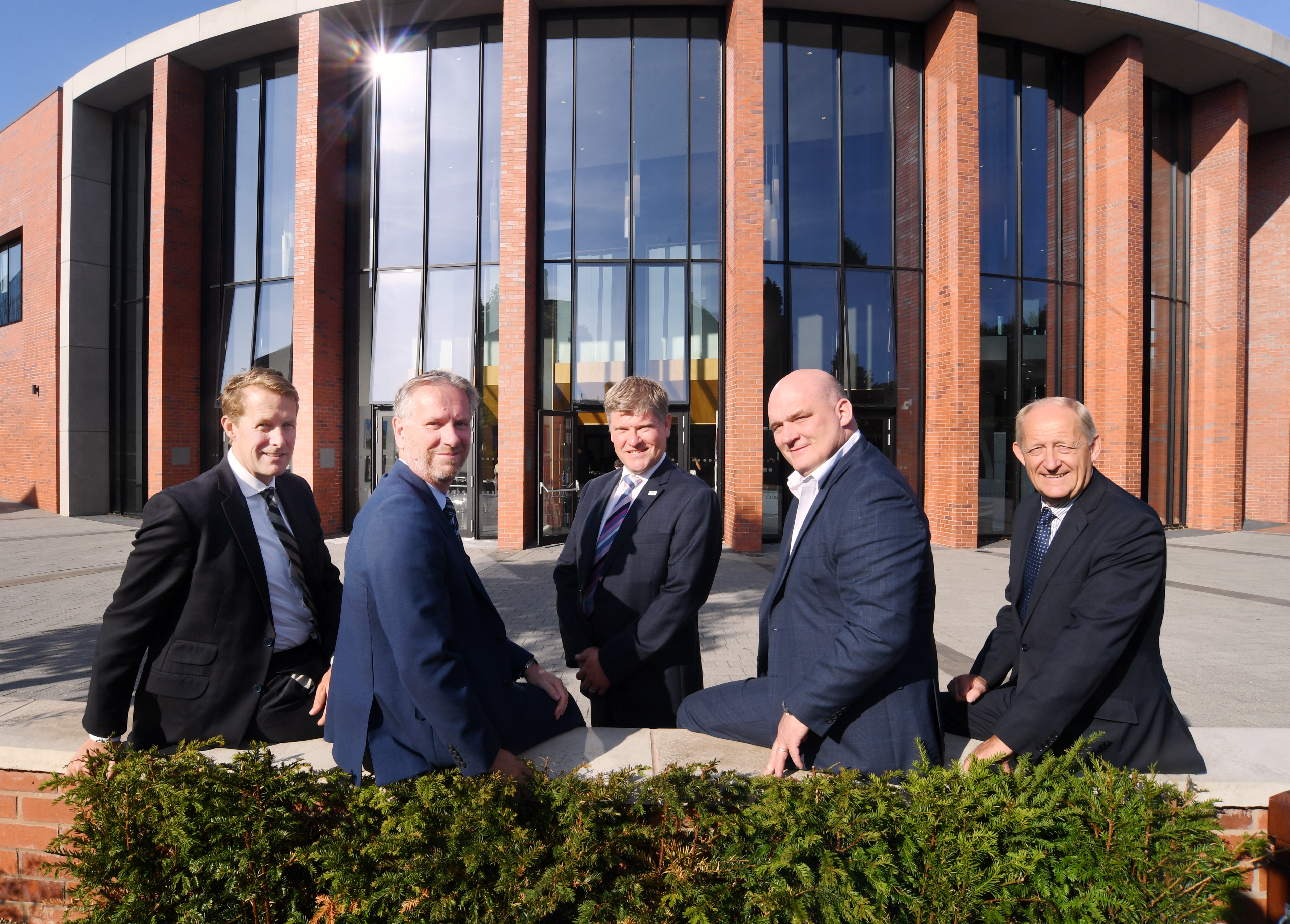 The social and economic impact that Britain’s most prestigious cycle races bring to Warwickshire were the key topics at a leading business networking event.

Heath Harvey, CEO of SweetSpot Group - the organisers of the OVO Energy Women’s Tour and the OVO Energy Tour of Britain - was one of the keynote speakers at the summer Coventry and Warwickshire Champions event held at The Warwick Hall, Warwick School.

More than 150 business and organisations gathered to hear about the benefits the two events bring to the county, and how the SweetSpot Group works to get people from all backgrounds involved in cycling.

Harvey said: “The OVO Energy Women’s Tour came to Warwickshire last month, attracting massive crowds and showcasing the region to more than 98 countries worldwide, including every country in Europe.

“The Women’s Tour boosted the Warwickshire economy by an incredible £2million this year.

“The men’s event is even bigger and brings more tangible benefits. For example, each stage of the event requires 600 hotel beds and attracts almost 100,000 spectators, including tourists from outside the country.

“Regions across the UK realise how showcasing their area can bring real benefits and Warwickshire have done that extremely well over the last three years, and to have both events in the county really is a feather in their cap.”

For three consecutives years, the third stage of the OVO Energy Women’s Tour has started and finished in Warwickshire. This year, the men’s tour will be coming to the county for the first time on September 5.

Harvey also described how the cycle tours help influence and inspire people to get involved with cycling.

He said: “As well as economic benefit, the cycle races aim to inspire the younger generation into getting involved with the sport.

“This year, an estimated 7,500 school pupils watched the Women’s Tour live. Cycling is a sport that anyone can get involved with and this is an important message to pass on to our stars of the future.”

Simon Jones, Secretary of the Warwick Independent Schools Foundation, was also a keynote speaker on the morning. He went into detail about the new £28m development at King’s High School for Girls - also known as the Project One campus.

The line-up of speakers was rounded off by Steve Richards, Warwickshire-based CEO of Casual Dining Group – which includes Bella Italia, Café Rouge and Las Iguanas, who gave an insight into the casual dining group trends, the growth of restaurant chains and the future of the high street.

The Warwick Hall, which was built by Deeley Construction and completed in September 2016, has hosted a range of conference events, exhibitions, concerts and performances.

Les Ratcliffe, Chairman of Coventry and Warwickshire Champions, said: “The turnout for this event was amazing. We would like to give huge thanks to Warwick School for hosting us as well as everyone who was involved in the smooth running of the event.”

The CW Champions scheme is run by the Coventry and Warwickshire Local Enterprise Partnership and seeks to connect businesses, organisations, alumni and individuals in the region and influence the development of the area through ideas and fresh thinking.

Ratcliffe added: “Since Coventry and Warwickshire Champions was founded in 2012, it has grown into something incredible and we are so pleased with how far we’ve come.

“These events are the perfect opportunity to bring businesses and organisations together to celebrate the all the amazing work going on in Coventry and Warwickshire.”

There are currently more than 140 Champions including Jaguar Land Rover, Celesio UK and Wasps rugby.

For more information about how to get involved, contact Nic Erskine, Coventry and Warwickshire Champions manager, at nic.erskine@cwlep.com or on 01926 418 000.