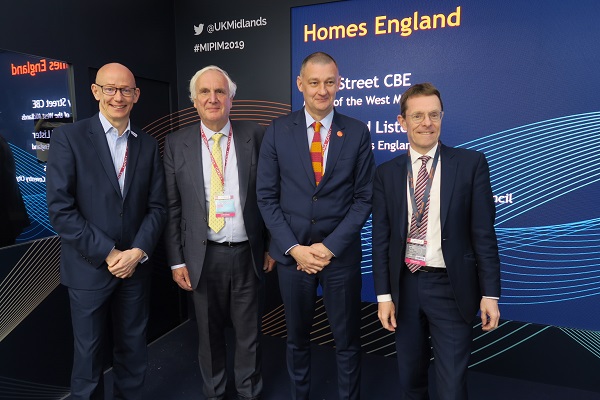 The news that Coventry is to the be the national centre for Homes England was the “outstanding announcement of the week” in the Midlands UK Pavilion.

Reeves said: “This is a statement of confidence not only in Coventry, but in Coventry and Warwickshire and the wider region. It is also vote of confidence in our Friargate scheme next to the fast-growing West Coast station.

“We use the words collaboration and partnership a great deal at MIPIM and this is a great example of how we can collaborate to deliver opportunities for our communities and for us to be at the centre of this has been hard earned but deserved.”

Coventry and Warwickshire – which has a long-standing presence at MIPIM – is the most successful LEP area outside London has also seen mixed-use schemes in Leamington, Coventry and Nuneaton showcased at the event.

Nick Abell, vice chair of the CWLEP, said: “The Homes England announcement has topped what is proving to be a highly successful MIPIM for our area, and has been the outstanding announcement of the week so far.”