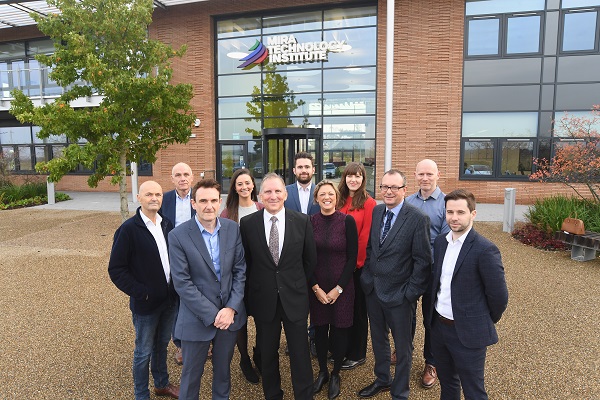 The string of Brexit issues facing the logistics and distribution industry and how it might impact on Coventry and Warwickshire have been aired at a forum designed to help businesses prepare for leaving the European Union.

Government confusion, potential delays at borders, stockpiling, a shortage of skills and a scarcity of continental lorry drivers were among the potential hurdles aired at the sector event held at HORIBA MIRA in Nuneaton.

Companies ranged from international and local logistics companies to firms which use distributors to export their products.

Sarah Pagan, of the CWLEP Growth Hub said the session had exposed problems which were very specific to the logistics industry.

“It was a fascinating session which not only allowed everyone who attended to learn about the issues affecting the logistics sector but also to allow the companies involved in the industry to share good practice.

“A prime example was the use of digital motorway signage to urge goods vehicle drivers to have their paperwork ready for the date of Brexit.

“Most people not involved in the sector assumed that information was useful, but the industry representatives said it was merely scaring off European drivers and HGV owners, who were now choosing not to work on UK contracts in case they fell foul of regulations or were caught in post-Brexit delays.

“There was a clear feeling that if we had a hard Brexit that might lead to the problem becoming worse and that shortages of some products resulting in empty and unproductive space in warehouses.

“These were in no way political points, they were objective observations from the industry.”

The session heard from BLOK Container Systems, a Warwickshire-based company behind a revolutionary new container handling system. Sarah Windrum, CWLEP board director, also outlined a research project looking at the need for digital skills in logistics, while experts on Brexit were on hand to advise companies.

James Ahearne, who has led the Chamber’s work on Brexit, said: “These events are designed to give companies access to support and guidance on Brexit.

“Not only are they a forum to raise concerns and highlight opportunities but attendees also have an opportunity to meet new contacts and discuss their Brexit strategies – and that is just what is happening.”