Major A46 upgrade in the Midlands gets the green light 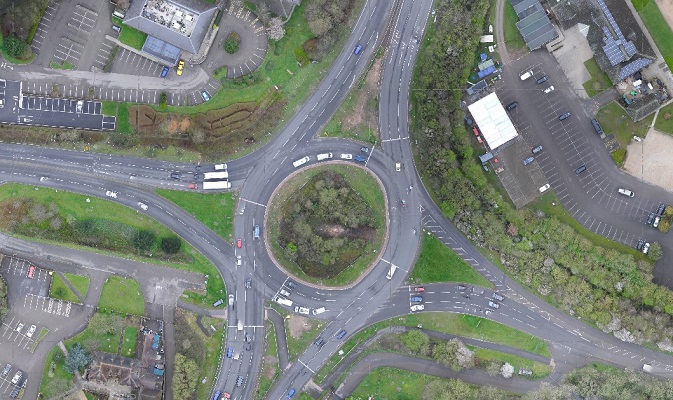 Highways England has been given the go-ahead to build a congestion-busting road scheme in the West Midlands.

Following the submission of detailed plans, Grant Shapps, the Secretary of State for Transport, has given consent for work to start on the major A46 Coventry Junctions scheme, at Binley, near Coventry.

The A46 is an important road link between the East and West Midlands, connecting Coventry and Warwickshire to the motorway network.

This £61m investment, part of Highways England’s A46 Coventry Junctions upgrade project, will give a welcome boost to commuters and communities across both regions.

The scheme, which includes building a flyover to separate local and commuter traffic at the locally-known TGI island near Binley, will help promote economic growth by unlocking one of the region’s biggest bottlenecks.

Highways England Programme Leader, Anita Prashar said: “The A46 is an important strategic route in the Midlands, connecting Coventry and Warwickshire to the motorway network.

“Upgrading the junction at Binley will help make everyday journeys easier and more reliable and we welcome the Secretary of State’s go-ahead for the improvement.”

Simon Statham, Head of Technical Programmes, at Midlands Connect said: “The A46 is one of the country’s most important trade routes. The junction at Binley Woods has become a major bottleneck, holding back logistics firms that rely on the A46, and major manufacturers located along the corridor. This chronic congestion holds back productivity, costing people time and businesses money. Midlands Connect has long advocated for this upgrade as part of a bigger package of improvements along the corridor. We have spoken to hundreds of businesses, large and small, who have told us how congestion is one of the biggest barriers to growth. Idling traffic also increases harmful emissions, reducing air quality. The economic, social and environmental case for making a series of improvements at major pinch points along the A46 is unequivocal.”

Jim O’Boyle, board lead of the Coventry and Warwickshire Local Enterprise Partnership Transport and Infrastructure Business Group, said: “This is an important gateway to Coventry and will improve connectivity and reduce journey times. This scheme will be welcomed by businesses and commuters who regularly use the A46 and experience the frustrations of long queues at peak times. A further boost will be an improvement in the air quality in the area because it is vital we tackle this subject now otherwise it will only get worse for future generations.”

Following this announcement, main construction work is scheduled to start at Binley later this year, with the junction expected to open in 2022.

Work to develop plans for Walsgrave junction, the second phase of the A46 Coventry Junctions scheme, is continuing.

More information and updates about the scheme are available at the web page: https://highwaysengland.co.uk/projects/a46-coventry-junctions-upgrade/

A fly-through film has been produced to show how the upgraded junction at Binley may look: https://www.youtube.com/watch?v=sEByr-yZG0A#action=share