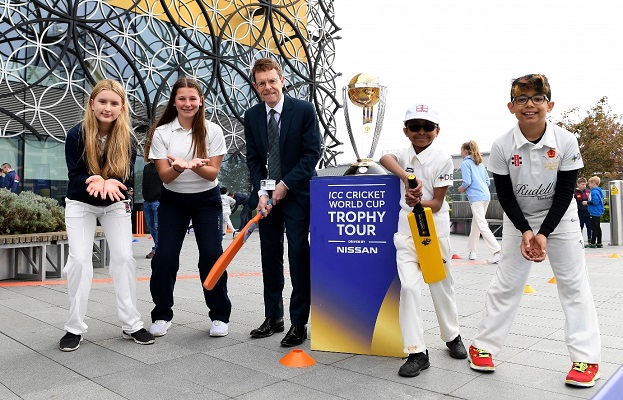 Andy Street has announced that he is to host an intergenerational Cricket Cup at Edgbaston later this year in the wake of England’s thrilling World Cup triumph.

The Mayor of the West Midlands, who is himself a big cricket fan, is keen to build on England’s recent success and the start of the Ashes series by hosting this new tournament, which aims to unite the different communities of the region.

The Mayor’s Cricket Cup, which will take place on Sunday September 8, is aimed at young people aged 13-16 and adults over the age of 60, with grandparents competing against grandchildren.

The Mayor, who is the former CEO of John Lewis, said: “As well as being one of the greatest sporting spectacles many of us are likely to see in our lifetime, England’s triumphant World Cup campaign taught us all one crucial lesson – that sport has the power to unite.

“From young to old, amateur to skilled, the nation was gripped by England’s win, and we must take advantage of that – especially with the Ashes starting this week.

“That is why I have launched the Mayor’s Cricket Cup, which will help to bring both the older and younger generations together in what is sure to be a day to remember.”

It is hoped the cup, which could become an annual fixture, will also help to show off the West Midlands’ rich cultural diversity, something that is on show with the England cricket team.

Birmingham-born all-rounder Moeen Ali said: “If you can come together with a common purpose – in our case winning the World Cup – and you show courage, unity and respect (our team mantra) you can achieve anything.”

The tournament is being supported by Warwickshire County Cricket Club, with the club providing professional coaches and umpires on the day.

Ravinder Masih, the Head of Community Engagement and Government Relations at Warwickshire Country Cricket Club, said: “This has already been a fantastic summer of cricket at Edgbaston with the stadium hosting five incredible Cricket World Cup games and welcoming stars and spectators from across the globe.

“The Edgbaston Foundation is delighted to work with the Mayor on The Mayor’s Cricket Cup, an intergenerational community initiative that encourages young and old to get active and follow in the footsteps of their heroes by playing on the outfield at Edgbaston.”

Registration for places is now open, and 100 places in total will be allocated on a first come, first served basis.

For more information on the event and to apply, visit www.wmca.org.uk/mayors-cricket-cup