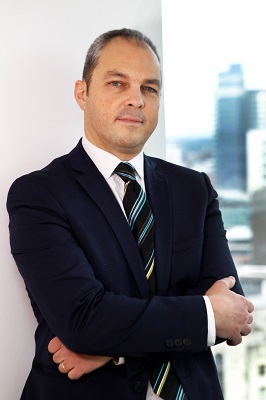 Ed, who has been the RSA’s director of public services and communities, will be working to ensure that a growing economy brings shared prosperity to people in every part of the region and all communities.

He will also be tasked with ensuring everybody has access to great public services, and that the West Midlands leads the way in taking action to combat the climate emergency.

WMCA chief executive, Deborah Cadman, said: “I would like to welcome Ed to the WMCA and look forward to him working with us.

“Ed will bring with him his extensive experience and will take on a major leadership role, helping us shape the way public services are delivered across the region to improve the quality of life of everyone living and working here.”

Ed has previously worked as a government policy adviser helping to shape legislation which created city-regions.

His new role will see him working with local authorities to transform the way public services are delivered across the region in areas such as mental health, helping individuals with complex needs, and criminal justice.

He will support WMCA and the local enterprise partnerships in the region to ensure economic investment generates fair and sustainable growth and he will collaborate with all those taking action on climate change.

Ed said: “I’m really excited to be joining the WMCA at such an important and challenging time. The immediate crisis facing public services and the longer-term climate emergency both loom large over us all but now is the time to act. I am looking forward to playing my part in making sure that economic opportunities within the West Midlands lead to a better quality of life in every part of the region.”

In his current role Ed has been working with a wide range of stakeholders to develop a more integrated approach to health and social care services and to support public sector transformation through data and technology, using design-led approaches and encouraging social innovation.

Having spent nine years as director of the think-tank IPPR North, Ed has been a champion for devolution writing ground-breaking reports such as Decentralisation Decade (2014) and Rebooting Devolution.

His early career was in the voluntary and community sector where he played a leading role ensuring communities had a strong voice in the regeneration programmes in East Manchester that transformed the area before and after the Commonwealth Games in 2002.

Originally from the West Midlands his father was a GP in Aston and his mother a teacher in Kingstanding. With a brother who teaches in the further education sector in the Black Country and a sister working as a nurse at the Queen Elizabeth Hospital Birmingham he has an acute awareness of services on the frontline.

Anthony Painter, chief research and impact officer at the RSA, said: “Ed’s made a massive contribution to the RSA: bringing the world’s largest deliberative democracy festival to Greater Manchester, helping transform approaches to inclusive growth, and leading our One Powerhouse programme – one of the most ambitious plans of work to close the regional inequalities that scar our country.

“We’re now looking forward to working with Ed in his new role at the WMCA – and I’m sure he’ll continue to be a leading champion for the regional rebalancing and inclusive growth our country so sorely needs, now more than ever.”

Ed is married with two children, one of whom is studying at the University of Birmingham. As an ordained United Reformed Church minister, Ed regularly leads services in his local church, and much of his spare time is devoted to supporting his local community centre.