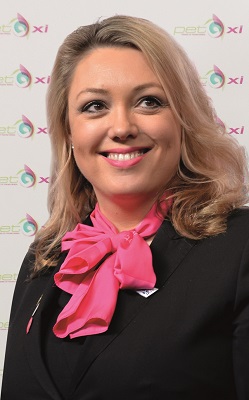 A leading training and education company, which is rooted in Coventry, has thrown its support behind Coventry’s year as UK City of Culture.

PET-Xi, which was formed in the city by Fleur Sexton DL 25 years ago, is supporting the Coventry City of Culture Trust as a City Champion. The financial support will help the Trust to deliver an ambitious programme of events and activities across the city as well as leaving a lasting legacy of change for Coventry, with a particular focus on ensuring that young people across the city are supported to take part.

PET-Xi has supported more than 200,000 learners over the past two-and-a-half decades, working tirelessly to improve people’s life chances. It has adapted to the Coronavirus outbreak by offering online learning support, which has opened new domestic and overseas markets.

Fleur Sexton and the team have supported Coventry as UK City of Culture over several years including sponsoring a film and working with local schools during the bidding phase.

Martin Sutherland, Chief Executive of the Coventry City of Culture Trust, said: “We are delighted to welcome PET-Xi as a City Champion.

“The company supported the city’s efforts during the bidding phase, financially and as fantastic advocates for everything Coventry wanted to achieve from securing this prestigious title. We are delighted that they continue to back the vision for 2021 and that they will support us to deliver our promises.”

Fleur Sexton DL said: “I am a passionate supporter and ambassador for Coventry, and we have been right behind City of Culture from the beginning.

“It was great to take the message about Coventry into schools during the bid and we were so thrilled when we won because of the huge positive affect in can have on the whole of the city, especially our young people.

“We are very excited to become a City Champion and to be giving our support to what will be a superb programme of events that will showcase Coventry in a wonderful light and will leave a lasting legacy – particularly for our young people.”