Pick up a parcel: Passengers can now collect their deliveries while catching the bus home 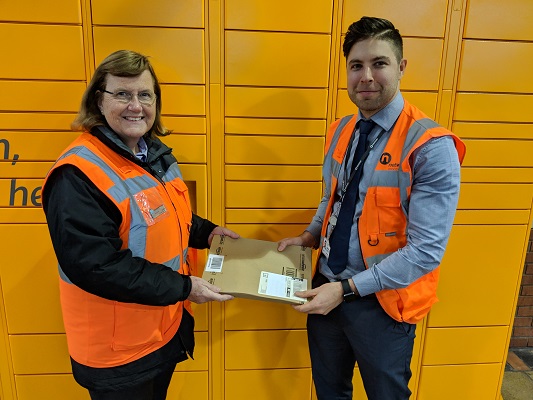 Passengers can now collect deliveries from self-service Amazon Lockers at the region’s major bus stations – just in time for Christmas.

The Lockers have been installed at eight bus stations, including Walsall, Wednesbury, Dudley, Stourbridge, Bilston, Halesowen, Wolverhampton and Coventry.

Passengers using Amazon for their Christmas shopping can choose to have their parcels delivered to a secure Locker at one of the stations, rather than risk missing a delivery at home.

The Lockers are the latest feature aimed at making bus travel even more convenient for passengers using the stations which are operated by Transport for West Midlands (TfWM), part of the West Midlands Combined Authority (WMCA).

Adam Henshaw, TfWM’s bus stations manager, said: “The Lockers are a really useful addition for some of our busiest bus stations, giving passengers another option for collecting their Christmas shopping.

“They’ve only been in place a few days but are already being well used by passengers picking up their parcels on the way home.

“When you are at work all day it can be difficult to co-ordinate deliveries and a lot of people are telling us that these Lockers are making things easier – which is no bad thing at this time of year.”

The Lockers which have been installed at no cost to TfWM are expected to generate a small revenue which will go towards the upkeep and maintenance of the stations.

Kristina McCann, marketing manager, Amazon Lockers, said: “Amazon Lockers enable customers to click and collect their Amazon orders in an easy and secure way, at no extra cost. We are excited to have our newest lockers installed at some of the West Midlands stations, just in time for the holidays.”