Recharge your phone at West Midlands bus stations for free 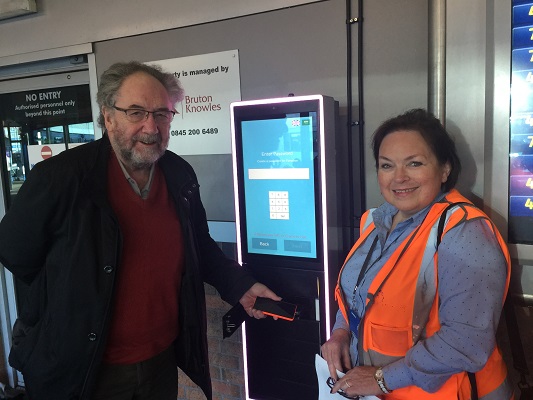 Bus passengers can charge their mobile phones for free while waiting for a bus, after new Fonebox charging units were installed at ten stations in the West Midlands.

The changers can boost your smartphone battery by up to 50% in 30 minutes. Simply register with Fonebox to use the free service.

It means that people no longer have to worry about their phone dying while out and about.

And it will be especially useful for the increasing numbers of passengers using mobile phones to buy, store and show their travel tickets as well as accessing live timetable and travel information.

The new facilities are designed to make bus travel more convenient for passengers, and have been organised by Transport for West Midlands (TfWM), part of the West Midlands Combined Authority (WMCA).

Cllr Roger Lawrence, leader of the City of Wolverhampton Council and WMCA portfolio holder for transport, said: “These improvements are a fantastic addition for some of our busiest bus stations.

“The Fonebox chargers are a really great bonus for passengers: they’re completely free to use and will ensure nobody has to run out of battery while travelling on our network this Christmas.”

Nathan Hughes, founder of Fonebox, said: “Fonebox is delighted to partner with TfWM to offer a much-needed service throughout their bus stations. Customers can now use any of the Fonebox kiosks completely free - keeping them connected and charged while they travel throughout the West Midlands.”

The Fonebox facilities are being installed at no cost to TfWM and could generate a small income to the authority through a share of advertising revenue.

TfWM is pioneering Google Pay smartphone ticketing on West Midlands Metro services and aims to bring it to more modes of transport in future.

In October the West Midlands was named the UK’s first Future Mobility Area and given £20 million Government funding to innovate and develop technology to improve transport in the region.