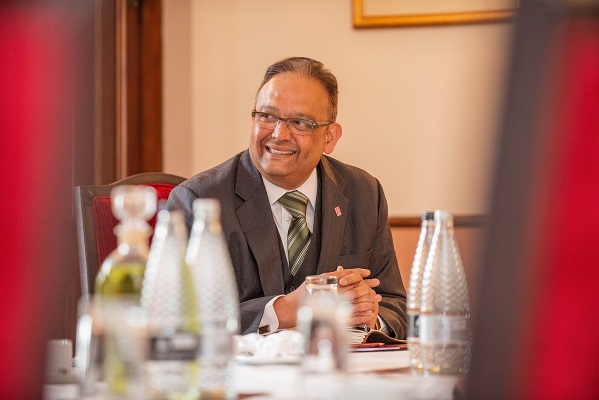 Businesses in Coventry and Warwickshire which trade overseas have been given a stark warning to prepare now for the final exit from the EU – deal or no deal.

The advice came during a video call with the Coventry and Warwickshire Chamber of Commerce’s Brexit Club which included experts from the Department for International Trade (DIT) and the British Chambers of Commerce (BCC) as well as businesses at the sharp end of import and export.

Ian Harrison, Head of Exports (Midlands) at the DIT and Dan Dalton, former MEP and now CEO of the BCC in the EU/Belgium, both expressed confidence that a deal could be done between the UK and EU before the transition period comes to an end on the final day of 2020.

But export expert David Hooper, of Independent Freight and Hooper & Co, said firms should not be putting off preparations for when and if a deal is agreed.

He said: “It’s not like we can say that there’s still four years to go so you can ‘wait and see’ – this is happening in six months and you need to be ready.

“That means suddenly 200 million more customs declarations per year must be filled in. It won’t be a case of simply loading a truck and sending it off to the EU, it will need two days’ preparation because if the paperwork isn’t done, those goods aren’t going to reach the customer.

“Equally, if you trade with other countries outside of the EU, this may still affect you too because you might be trading on terms that have come about because of a Free Trade Agreement through the EU. If it’s no deal, then those FTAs expire on January 1, 2021, and the origin of your product suddenly becomes vital.

“There are many other factors to consider and there’s six months to get everything in order and, while we’d welcome a deal, it won’t mean that everything carries on normal so my advice to business is to be prepared.

“I understand that we’ve all been dealing with the COVID-19 crisis but the Brexit issue hasn’t gone away. If anything, it’s just reduced the time we have to get ready.”

During the call it was revealed that the UK is in talks with the USA, Japan and Australia/New Zealand on free trade agreements.

Ajay Desai, International Trade Director at the Coventry and Warwickshire Chamber of Commerce, said firms should get in touch with the Chamber’s international trade advisers for support regarding all overseas trade, including with the EU.

He said: “We were grateful for all of the contributions and it’s vitally important that businesses gear up for what’s happening with regards to our future relationship with the EU and with how the world starts to emerge from the COVID-19 crisis.

“That’s what our team of advisers is here to do and I’d urge companies to make contact with the team if they need help in making the necessary preparations.”

David Burton, chair of the Chamber’s Brexit Club, said: “There is a lot to be done over the next six months as we get ready for this massive change to the way we do business with the EU and around the world.”

Caption: Ajay Desai of the Coventry and Warwickshire Chamber of Commerce