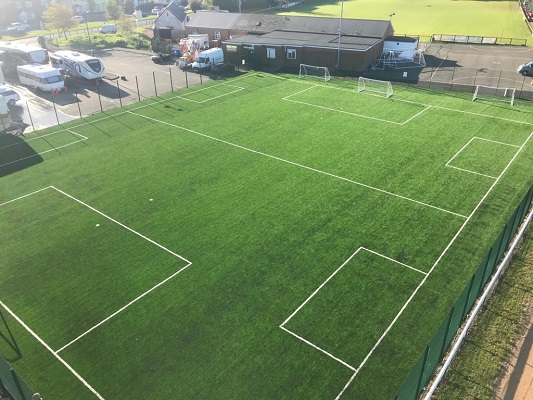 A long-established youth team has secured a kit deal for the next two seasons with a Warwick property development and investment company.

Racing Club Warwick Youth Team, which is part of the club which celebrated its centenary last season, will have the logo of AC Lloyd emblazoned on their home and away shirts for the 2020/21 and 2021/22 campaigns.

The Hampton Road-based club were in the top half of the Midland Floodlit Youth League Eastern Division when last season was halted due to the Coronavirus pandemic and they also knocked out one of the FA Youth Cup favourites Newcastle before losing to another top club, Long Eaton, in the tournament.

Gary Vella, chairman at Racing Club Warwick, said it was fantastic in the present economic climate to have signed a two-year kit sponsorship deal with a highly-regarded business.

“We’re really grateful for a company of the stature of AC Lloyd to want to be able to help us in the current time,” he said.

“It is a difficult time money-wise for many businesses and individuals and we’re very grateful for the support of AC Lloyd and it shows they can see what we’re trying to achieve in the community.

“We hope the partnership will be successful over the next two years and grow into a relationship that we can both be proud of.

“I was aware AC Lloyd has sponsored other football teams in the area such as Central Ajax so I thought I would approach them and I’m glad I did!

“They will also receive an advertising board at our ground which will raise their profile further within the community.”

“We always try to support young people in Warwick and Leamington through sport or by any other means whenever we can,” he said.

“Racing Club Warwick Youth Team is highly regarded in the area and they provide a pathway for junior footballers from not just within its own club but others in the area, such as Central Ajax and Warwick Juniors, to continue playing the game and maybe go on to semi-professional or even professional careers.

“We are a community-focused business which is one of the reasons why I think we were voted the Business of the Year at the Leamington Business Awards last year.

“We wish Racing Club Warwick Youth Team all the best when the new season kicks-off and we will be following their results with great interest.”

Caption: An aerial image of the training pitch and clubhouse at Racing Club Warwick