West Midlands Combined Authority is a Leader in Diversity 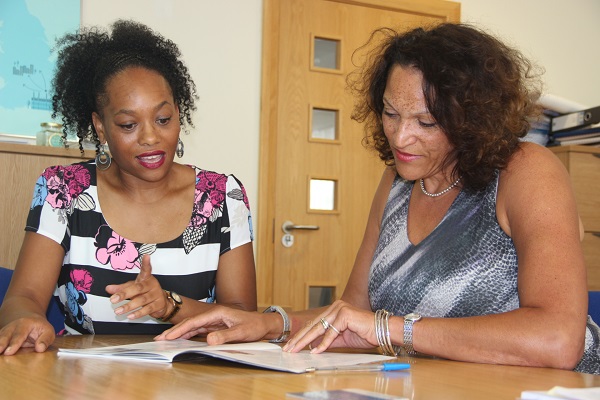 West Midlands Combined Authority is one of only 38 UK organisations to achieve the National Centre for Diversity’s prestigious Leaders in Diversity award.
Here, staff explain how the organisation has risen to the challenge…

“I was used to be being told what I couldn’t do, not what I could do,” says Lyndsey Roberts, the new scrutiny officer at West Midlands Combined Authority (WMCA).

Lyndsey, 38, has been in post for a month – but it’s a job she almost didn’t apply for.

“Basically, I didn’t have the confidence,” she said. “I didn’t think I had the right experience, and I was used to getting on with my work in the background, staying in the shadows.”

Lyndsey’s story is not unique. WMCA’s Leadership Commission, set up by Mayor of the West Midlands Andy Street, spent nine months investigating why so few senior positions in organisations across the West Midlands were held by women, or people from the black and ethnic minority and LGBT communities.

It found employees from under-represented parts of society avoided applying for promotions due to a lack of confidence and ingrained business cultures which left them feeling excluded.

In June, the Commission produced a detailed report, Leaders Like You, with various recommendations to improve equality, diversity and inclusion (EDI) in the region – and a challenge for WMCA to lead the way.

Now the authority’s commitment to EDI has been underlined by a national award – the National Centre for Diversity’s Leaders in Diversity accreditation. WMCA is one of only 38 organisations in the UK to achieve this status, and its approach is already benefitting staff like Lyndsey.

It was WMCA chief executive, Deborah Cadman OBE, who first approached Lyndsey about a project management role with the Leadership Commission – a job Lyndsey says she would never have considered herself.

Lyndsey explained: “I remember going into Deborah’s office for a chat about the job, and she said: ‘Don’t be scared. Embrace it.’

“That’s where my journey started, really. When the scrutiny officer advert was posted, I didn’t think I could do it because I didn’t have the confidence to speak up and challenge people.

“But when I went through the job specification with Deborah, she helped me see I’d already gained many relevant skills in my job, or in previous jobs.

“It was a lightbulb moment.”

Lyndsey nailed the interview, and was offered the job full-time. The scrutiny officer has to challenge the Mayor, and the combined authority, to ensure money is being spent properly. A month on, and she’s already made her mark.

Cllr Peter Hughes, chair of the WMCA scrutiny committee and Sandwell councillor, said: “When you see Lyndsey in action, it’s strange to think she almost didn’t apply due to a lack of confidence. I’m pleased she was given the support she needed to really go for it.”

Mayor Andy Street, said: “The Leadership Commission’s recommendations threw down the gauntlet for WMCA, and we’ve been quick to respond to that challenge.

“A truly inclusive economy removes barriers and obstacles and offers real career opportunities for everyone to fulfil their potential, regardless of their background.

“Lyndsey’s success, and the Leaders in Diversity award, are just the beginning for us in the region. Next, we’ll be speaking to business leaders across the region to encourage them to recruit and promote more diversely.”

Deborah Cadman believes businesses have a lot to gain by focussing on good EDI practices.

She said: “Lyndsey is a great candidate, but we almost missed out because she lacked confidence.

“Businesses can play a really important role in helping people in the West Midlands to reach their full potential by providing mentoring and support. Otherwise, employers could be missing out on the perfect candidates sitting right under their noses.”

The Leaders in Diversity accreditation was awarded after a lengthy review process, which saw assessors visit the organisation, survey 245 staff members and rate the authority’s efforts on EDI.

The assessor’s report stated: “WMCA is developing into an exemplary organisation in terms of EDI. I was impressed by the staff, the environment and the overall feel I got from the organisation, and by the value it placed on EDI and the investment undertaken to make WMCA a progressive and inclusive organisation.”

Cllr Steve Eling, WMCA portfolio holder for cohesion and integration, and leader of Sandwell Metropolitan Borough Council, said: “The help and support WMCA gives to its staff provides a great example for other organisations which could be overlooking ideal candidates for promotion within their existing workforce.”