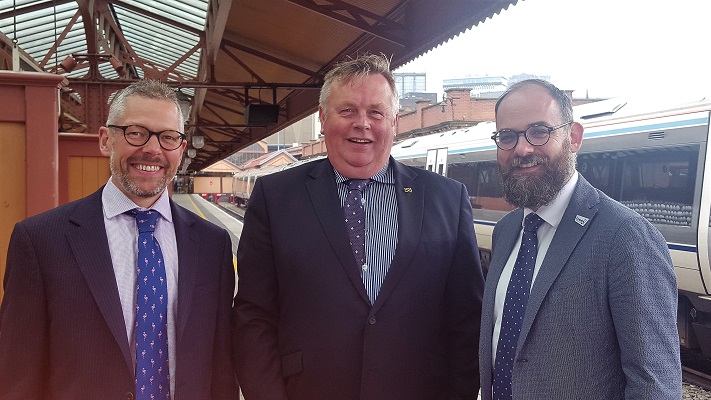 The West Midlands Rail Executive (WMRE) has appointed a new chair to lead the organisation through the continued investment and transformation of the region’s rail network.

Cllr Mark Winnington was selected as chair at the annual meeting and will steer the WMRE as it oversees the region’s rail franchise and services on behalf of passengers and the Department for Transport.

The Staffordshire County councillor returns to the role he held from the WMRE’s foundation in 2015 to 2017.

The appointments come as the West Midlands experiences a rail revolution, with an unprecedented level of investment and collaboration across the region.

WMRE has earlier this year launched its thirty year Rail Investment Strategy, with ambitious proposals for rail service improvements across the West Midlands.

This will help to make sure that the region's infrastructure is ready for the growth created by the game-changing HS2 and creates a transformed rail network to support living, working and investing in the region.

The WMRE is currently working with rail industry partners on the transformational West Midlands Rail Programme, leading the redevelopment of Perry Barr and University Stations and reopening stations on the Camp Hill Line in Birmingham and Wolverhampton to Walsall line in the Black Country.

Cllr Winnington said: “There are 6.5 million prospective rail passengers in the West Midlands and our aim is to ensure they have the best possible experience.

“This is a fantastic time to be chair of the WMRE. The region’s railways are entering a period of great positive change with new stations, improved services and billions of pounds of investment.

“I am looking forward to continuing the revolution in rail over the next few years.”

Cllr Winnington replaces Cllr Roger Lawrence, who stepped down from key political roles in May, including as leader of the City of Wolverhampton Council and WMRE chair.

Malcolm Holmes, Executive Director WMRE, said: "My huge appreciation goes to Roger as I reflect on our great achievements in the last two years.

“We are delighted to welcome Mark as chair as we embark on our exciting plans for a revolution in rail services for West Midlanders.