Why it is still important to celebrate International Women’s Day 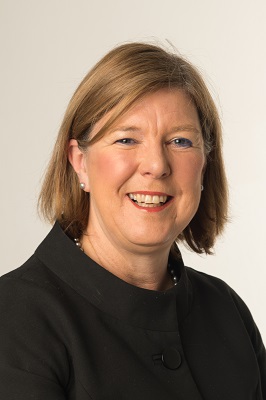 Marion Plant has been a board director at the Coventry and Warwickshire Local Enterprise Partnership (CWLEP) for almost three years and here she highlights why it is still important to celebrate International Women’s Day.

“It continues to be important to celebrate the achievements of women for the simple reason that full gender equality has not yet been achieved.

“Women remain under-represented in business and politics, and health and education at a global level continues to be worse for women.

“I have worked in Further Education for 29 years. I joined North Warwickshire and South Leicestershire College (NWSLC) in 2003 as the Assistant Principal for Curriculum and Quality and became the College’s Principal in 2004.

“I held senior leadership roles at North Birmingham College for ten years prior to joining NWSLC, having originally qualified and worked as a health visitor and midwife.

“In further education colleges, we set high expectations for the achievements of our female students and we work hard to impress upon them that they are all capable of achieving their goals, however ambitious.

“But in my sector, I know there is still work to be done to encourage women to apply for senior management positions.

“According to the World Economic Forum, the gender gap will not be closed until 2186, so it is vital to maintain pressure on this issue at the highest levels.

“Ensuring that women’s achievements remain high profile helps to attract women to non-traditional career routes where men have traditionally dominated. It’s also important to honour those women who have fought for, and even sacrificed their lives, in the cause of gender equality.

“The hashtag of the 2019 campaign is Balance for Better. Gender balance at the top level of businesses and organisations is important because diversity of all kinds improves the culture and capability of organisations.

“In a population with a 50:50 gender split, it is self-evident that women should make up half of the workforce.

“A good organisational gender balance better represents the full range of stakeholders, including customers, and contributes to business competitiveness.

“There is evidence to suggest that organisations with an inclusive culture benefit from improved morale, higher employee retention and better engagement. Such organisations can attract new recruits from a wider talent pool and that is the benefit of everyone.”

Caption: Marion Plant, board director at the CWLEP