A year on from lockdown in Stratford District 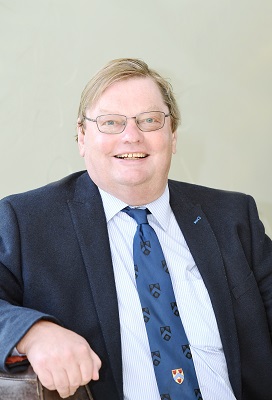 "Covid has impacted every individual, every household and every business across the UK – and my only hope is that we are on the home straight to emerging from what has been an horrific 12 months.

The council, from an operational and organisational point of view, has had to transform how it works.

To all intents and purposes, we moved most of the operations out of our office in the early days so that the vast majority of people are working remotely although that has clearly varied depending on the lockdowns.

We put in all the technology to allow that to happen and that operation was completed very quickly and efficiently which really aided our push to help businesses as soon as the first major lockdown was announced.

The distribution of grants has been a massive operation and, to date, we have paid out more than £40 million in support.

More often than not, local authorities are the collectors of funds so to flip to being a giver rather than a taker has been quite a change. Also, because of the nature of the pandemic, some of the guidance has been very late arriving and that has caused complications.

The grants team has done a superb job, working around the clock and we have had very positive feedback. The officers have fully grasped that, in many cases, the funding has been a lifeline to businesses and they had to deal with some really upsetting stories from people. We have worked very closely with the CWLEP Growth Hub and that has helped a seamless delivery.

We have maintained most of our services while stepping up environmental health guidance and checks which is vital with businesses having to adapt to a whole new level of safety.

The local economy has been very hard hit – by some estimates – the fourth hardest hit in the country, and easily the worst hit in the West Midlands.

That is down to a combination of factors. Our economy is very reliant on hospitality and the automotive industry with Jaguar Land Rover and Aston Martin both in the district.

People often don’t think of Stratford as being an industrial area, but that presence at Gaydon means it is a major pillar of our local economy.

The town of Stratford has been a vastly different place in which to live in the last year. The High Street across the UK has, as everyone knows, taken a massive hit and we, along with most other urban centres, have seen an increase in empty shops.

Between lockdowns a lot of people came to the town to use our open spaces by the river but that did not translate into people coming into the town centre and spending money.

I just hope that when the roadmap to lockdown lifting is announced by Government, we have absolute clarity. We certainly cannot afford another lockdown for economic and human reasons.

I think this latest lockdown has proved more difficult for people. It is one thing going into a Spring lockdown for what you think will be a short time period, but – economically and mentally – it is an entirely different matter still being in the same situation a year later.

There is pressure for a wholesale lift of lockdown but the important thing, even if this takes a little longer, is that this is the last one.

As people will know we are working increasingly closely with Warwick District and that has been moving along well. These moves were important before Covid and are even more sensible in light of the battering local authority financing has taken over the last 12 months.

On a personal level, like everyone else, I have found this very tough. Firstly, I picked up the virus which really knocked me about for a couple of weeks back in the Spring, but, in common with others in business, I have found the constant online meetings very draining.

I think most businesses and organisations have risen to the challenge of keeping going during the pandemic and accelerated change which was coming down the line, but I sense that people are very weary now of the online nature of working from home.

Looking ahead six months, I sincerely hope that we are well clear of lockdown and returning to normality. Locally, more than anything, I would like to see tourists returning safely to our area and stimulating the recovering of our hospitality and retail business.

It has been a long and arduous effort to get through what has been a dreadful and, for many, a tragic, time but hopefully as vaccination levels rise, our knowledge of this awful virus grows and the weather starts to rise, the light at the end of the Covid tunnel will become larger and brighter."