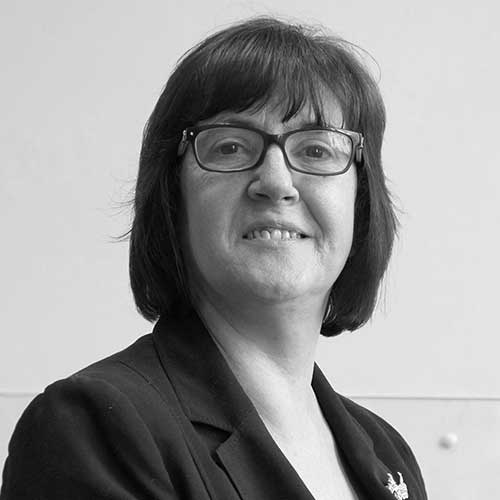 Julie Jackson was born in Coventry and moved to Bedworth at the age of five. She attended local schools before studying English in Birmingham then joining a graduate management training programme with J. Sainsbury PLC.

Beyond retail management, Julie’s professional career has included working for a local Member of Parliament and serving as a non-executive director at the George Eliot Hospital. She has also served two terms of office as a county councillor and worked as a school governor for more than 20 years at various schools, including Goodyers End Primary, Bedworth Heath Nursery School, St Michaels and Oakwood Schools.

Julie was first elected to Nuneaton and Bedworth Borough Council in 1996, representing the ward formerly known as Bulkington, which included a part of Bedworth now in Bede Ward. She currently serves as a Borough Councillor for Wem Brook Ward.

In May 2018, Julie became Nuneaton and Bedworth’s first female Council Leader, taking over from Dennis Harvey who held the position for some 31 years. She previously served as the Borough’s Deputy Leader and portfolio holder for Housing and Communities.

Immensely proud of Nuneaton and Bedworth, Julie is committed to raising the Borough’s profile as a wonderful place to live and an outstanding business location. She is passionate about public service and devoted to providing the best possible local services for residents.

Julie is married with three adult daughters, who all live in the Borough. Her parents have also remained nearby, still living in the Bedworth house she grew up in. In her spare time Julie enjoys cooking, reading and spending time outdoors.